I’m Listening To: Aquarela Do Brasil by Frank Sinatra (1957)

The Rio Olympics are finally upon us! Has it really been four years since London 2012 already?! Best have a drink and try to forget that slow but steady march of time (tick tick tick). And what better drink than the national cocktail of Brazil, the Caipirinha (a rhetorical question, please don’t list them)?

No doubt you’ll be seeing these things everywhere at the moment – the same effect happened during the 2014 Brazil World Cup. While it;s traditional drink from the early twentieth century (containing lime juice, sugar, and cachaça – a sugarcane spirit similar to white rum), I’ve seen about as many different methods for making one as I’ve seen places serving them. However, mine sticks quite close to the traditional IBA approved version – if you’re going to make one of these things, at least make it properly! Certainly don’t add any soda water, or you’ve essentially made a less minty Mojito.

Speaking of Mojitos – I’ve often considered the Caipirinha a more ‘grown-up’ version of the Mojito, especially now that the Mojito has become ubiquitous in pubs, bars, and restaurants everywhere. While cachaça is made from fermented fresh sugarcane, white rum is generally made from refinery by-products like molasses, and so there is a difference. If you like a Mojito, do give this a try. It’s a bit stronger due to the lack of soda water, but it tastes incredible!

But which cachaça is best? While cachaça Ouro (Gold) is the more expensive, the more mass-produced cachaça Prato (Silver) is the best for a Caipirinha. Ypióca is probably the most widely available brand in the UK, though I use Sagatiba Pura. Other great makers, if you can find them, are Novo Fogo or Velho Barreiro. Just try and stay away from the equally rather widespread Cachaça 51!

I’ve seen recipes calling for both cubed ice and crushed. I prefer cubed ice (in all drinks, generally, as it tends to overly dilute things very quickly), but it’s basically a matter of taste.

And finally, I’d recommend sticking to cubed or granulated demerara sugar and sticking away from sugar syrup. The cachaça and lime juice are viscous enough as it is, and I find that sugar syrup makes the entire drink a bit too ‘gloopy’.

Demerara sugar to taste (I recommend two or three cubes, but it largely depends on how sweet you like your drinks. Experiment!)

1) Put your sugar cubes in the base of the glass. Cut the lime into between four or eight wedges, and pile on top of the sugar cubes. 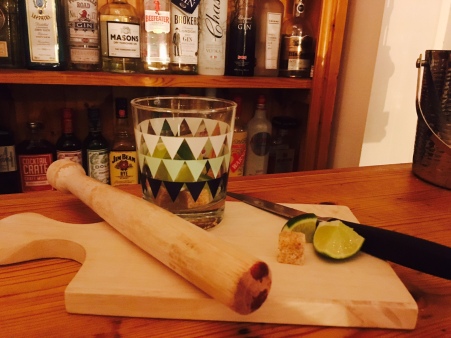 2) Muddle the lime wedges and sugar cubes until as much juice is released as possible, and the sugar cubes are crushed and mostly dissolved.

3) Add the cachaça, and fill the glass with ice. Stir for around ten seconds to cool and dissolve any remaining sugar granules, then serve. 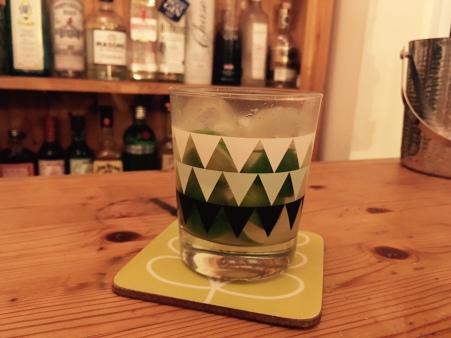 4) Hope that cachaça isn’t on the World Anti-Doping Agency’s list of banned substances (I’m not sure myself – they emailed me the list a while ago but I didn’t check the attachment).